Reviews January 17, 2020 by Keren Fisher
Disclosure: This Website is Reader Supported. As an Amazon Associate I earn from qualifying purchases.

Children of the Whales is a Japanese manga series written and illustrated by Abi Umeda. Definitely that name sounds familiar. It’s because she was the creator of the Kujira no Kora wa Sajō ni Utau TV series.

This manga marks her official English series debut, which we had an opportunity to read through for review.

The setup of ‘Children of the Whales’ is relatively unique. In a strange, desolate world of sand oceans, a small band of survivors ride a city-island propelled through the ocean of sand called the Mud Whale. The book puts you in a world that is harsh as hell and vast in its harshness

Chakuro, a young man on the island, acts as the archivist of the island, recording everything he sees. He is one of a group of magically endowed people called thymia users. Their power shortens their lifespans.

The story takes a turn when a young girl is discovered on another drifting island. Children of the Whales has a sense of mystery to it, and the mood is fairly subdued throughout.

It’s clear that there is a hidden past to the Mud Whale, and the end of the first volume makes it clear that that information won’t be hidden for very long.

The book itself is pretty straightforward in its storytelling. As you’re presented with the premise and the characters and their plight pretty quickly.

If you’re fan of manga where the images do more of the work than the words will love this. You’ll fall right into the tale pretty quickly and accept everything happing around you as the norm.

The Mud Whale itself is intriguing as it presents itself as its own character. A constantly traveling village where the inhabitants know little to nothing of the world around them.

Basically live sheltered lives on what they believe is the only livable space on the world. The idea of both being explorers and isolationists at the same time is a fascinating concept. I wish it was explored more in depth.

It also serves as an interesting allegory of lost ambitions and modern politics. The least powerful people eventually become the ones in charge and pretty much keep the status quo.

Those who exhibit the most power end up dying young before their true potential could ever be reached. All of it is laced within this cool story that speaks to the idea of wanting to become something more! Not just the sum of your parts.

The story told throughout this first chapter is really well done. You’re introduced to everyone you need to know in short order. You’re immediately presented with specific conflicts that are well defined. It brings a sense of the world you live in and the people around you.

There’s very little guesswork left to be done. The key factors that you shouldn’t know right away makes reading this so much fun until the end.

Despite the thematically strong narrative, at times it feels ham-fisted that it actually detracts from the appeal a little. Whilst it is an important focal point of the show, every scene is dominated by this inner conflict.

Moreover, the constant message of how important emotion and drive is that it detracts a little from the message. There is an attempt to inject some humor here too.

However, for the most part, it comes across as contrived rather than actually helping to empathize with the characters.

It’s clear that readers who love an expansive fantasy world will immediately burrow into this one – Children of the Whales clearly has a strong vision of itself as a place.

Even if the characters in it are rather undefined.

Part of the issue with Children of the Whales, is that it spends a lot of time getting set up. That in itself might be the reason why the characters feel so dull.

The world building is remarkable, and the art is lovely. But somehow, the comic lacks a sense of propulsion that this kind of apocalyptic fantasy is so well known for. We get a little bit of that at the end of the book, which tilts things forward.

It is likely leads to sweeping changes within a chapter or two. That isn’t necessarily a bad thing. The dramatic shift in action at the end of the first volume is jarring.

Whether or not Children of the Whales manages to handle this tonal shift will depend on creativity of the author in subsequent issues.

I highly recommend giving Children of the Whales anytime. It is the best shot if you’re looking for a new manga that’s kinda of fantasy and kind of sci-fi.

There’s also a nice love story going on as well as some powerful themes that make it just a joy to read.

That being said, keep in mind that it is a manga. If you’re not into your standard Japanese media tropes that seem to pop up in almost every cartoon-related project ever created. Be sure you’ll be seeing some of that here.

You’re not slapped in the face with it like you would be in other books, but yes, you will see the on a few occasions the shocked face with wide eyes.

Just the animal that looks more human than animal. Still, it’s a damn fine book that’s worth your time. 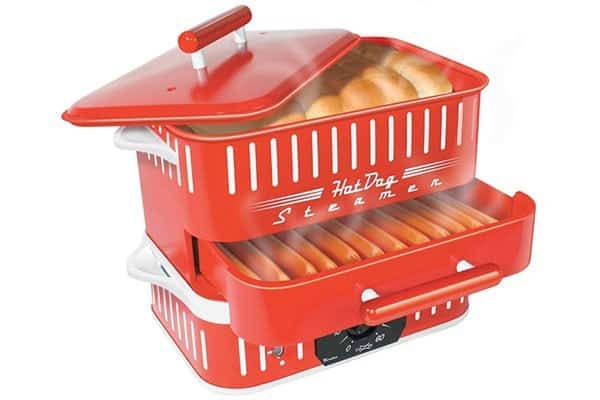 5 Best Hot Dog Steamers For Home Use [Kids Love It]