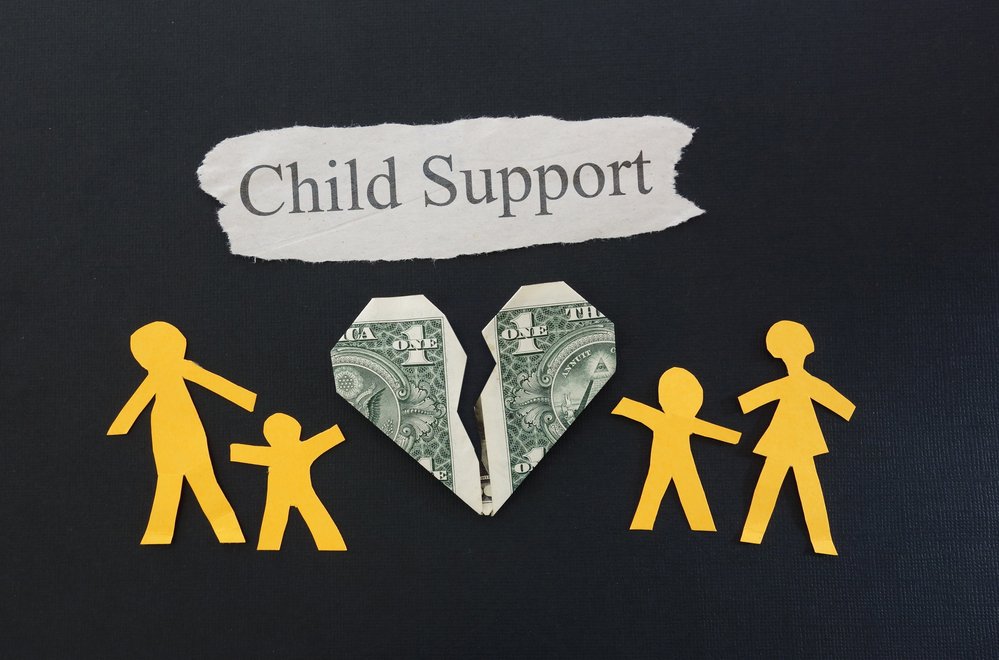 Having a child with someone leaves you tied to them long after the relationship ends. Financially, that tie comes in the form of child support. Dealing with the child’s father regarding child support is hard anytime, but adding an out-of-state move makes it especially nerve-wracking.

Child support orders do not change simply because a parent moves. As long as neither parent wants to change the order, everyone continues to operate under the old order. In most cases, any modifications will occur in the original state.

However, if both parents and the child move to new states, the case will need to be moved. In these scenarios, the new child support order may be for a different amount. This happens because each state calculates child support a little differently. Most importantly, child support orders can be enforced in any state.

Read on to learn how to know where your case will end up pursuant to Uniform Interstate Family Support Act . We will also clarify the enforcement of orders when one parent moves and what to expect if your case goes to a new state.

Disclaimer: This article is for informational and educational purposes only. It is not a substitute for legal advice. Please consult a licensed attorney in your state if you have questions or believe you have a legal situation.

How Does Moving Out of State Affect Child Support?

Moving out of state has very few impacts on child support orders. This is because all 50 states in the United States have codified, or enacted, the Uniform Interstate Family Support Act (UIFSA)

UIFSA gives us consistent child support laws in all fifty states. It essentially means every state plays by the same rules regarding accepting a case from another state. And, most importantly, UIFSA says that a child support order from one state can be enforced in any other state.

When a parent asks to change the order, the court may need to transfer the case to a different state. If this happens, the modification proceeding will happen in the new state.

We know where the child support case should be based on UIFSA. There are two main scenarios.

One Parent Remains in the Original State

If you and your child remain in the state that issued your child support order, nothing will change. The same order for the same amount will remain in effect.

The outcome is the same if the mother and child are the ones who move but the father remains. As long as one parent or the child remains in the state that issued the order, the case stays in that state. This is called exclusive and continuing jurisdiction.

When a case remains in the state that issued the current order, that state’s laws apply to any modifications. It would be unfair to apply different laws because only one adult moved.

Neither Parent Nor Child Remain in Original State

The situation is a little more complicated when nobody remains in the home state. When either parent wants to modify the order, the case will need to move to a new state.

Under UIFSA, that original state no longer has the legal authority to run the case. Instead, it has to be passed along to a new state.

For example, if the parents and child all move from Oklahoma to Arkansas, Arkansas is the new state that has jurisdiction.

However, if the parents move to separate states, a process called ‘away game’ happens. The parent who wants to change the court order has to file in the other parent’s state.

The away game concept hearkens back to a fundamental rule of court proceedings: the person who wants something has the burden to make it happen. It is a way to minimize the inconvenience for the person not asking for the court to step in.

When a case transfers to a new state as described above, that new state’s laws will apply to the child support calculation

Does Child Support Change If You Move Out of State?

The formula for deciding child support does vary from state to state. For those cases where nobody lives in the original state and the case has to be moved, the order will likely be different.

Remember, the court only changes the order when one parent asks the court to review the calculation. In a new state, the same family may get a different child support amount although they have the same incomes and custody.

This happens because each state has its own method of calculating child support.

How Is Child Support Calculated?

Child support is calculated according to the laws of each state. Visit the National Conference of State Legislatures to easily find the guidelines for your state.

There are three child support models that states choose from when creating their support calculation method.

This calculation is the most common one used by 41 states. The concept behind this model is that the child should be entitled to the same amount of support as if the parents were still in one household. It does not take into account the greater expenses parents each have as a result of living in two separate homes.

This one uses only the non-custodial parent’s income to calculate child support. Six states use this model.

Only three states use the Melson Model. It is more complex than the other two. It uses the income shares model as the base, but it implements several public policy decisions to ensure each parent’s needs are met.

Although there are only three models, there are many more differences from state to state. Each state makes a formula for its calculation of child support. In some states, those formulas create more generous support awards than others.

Enforcement of Child Support Orders When One Parent Moves

Thanks to UIFSA, support orders can be enforced in every single state. Two main ways to do this exist.

Other enforcement mechanisms beyond garnishments exist. To access them, the mother has to register the order in the father’s new state and file a motion for enforcement.

The child support office in the father’s state or your own state may be able to assist with enforcing the order. As a state agency, the office of Child Support Enforcement has many options available for enforcement. A parent can open a case with them to get help enforcing a support order.

The state agencies also have local, county-based subdivisions that are responsible for individual cases. These agencies can initiate a child support proceeding.

CSE does have the ability to suspend a driver’s license, but that is not all. They can also suspend a professional license, intercept a tax return, intercept any gambling winnings, and more.

Can You Move Out of State If You Owe Child Support?

Unless the court has placed specific restrictions on a parent’s movement, a parent can move out of state even if they owe child support. However, moving out of state does not void or cancel the child support due or payments going forward.

As noted above, child support orders can be enforced in any state.

How Does Child Support Work If Parents Live in Different States?

UIFSA also tells us where a new child support case should be started if the parents live in different states. The primary rule is that court must have legal authority over the non-filing parent.

To do this, the father has to some time of connection to the state that you live in and are trying to file the case. The exact rules vary by state, but they generally look something like this:

If none of these things apply, you cannot have the child support case in your state. Instead, you file it in the state where the father lives.

Mothers worried about child support being complicated by an out-of-state move are right to worry. In some situations where both parents move, it can be time-consuming to deal with moving the case. Fortunately, as long as one parent remains in the old state, the case can stay as well.