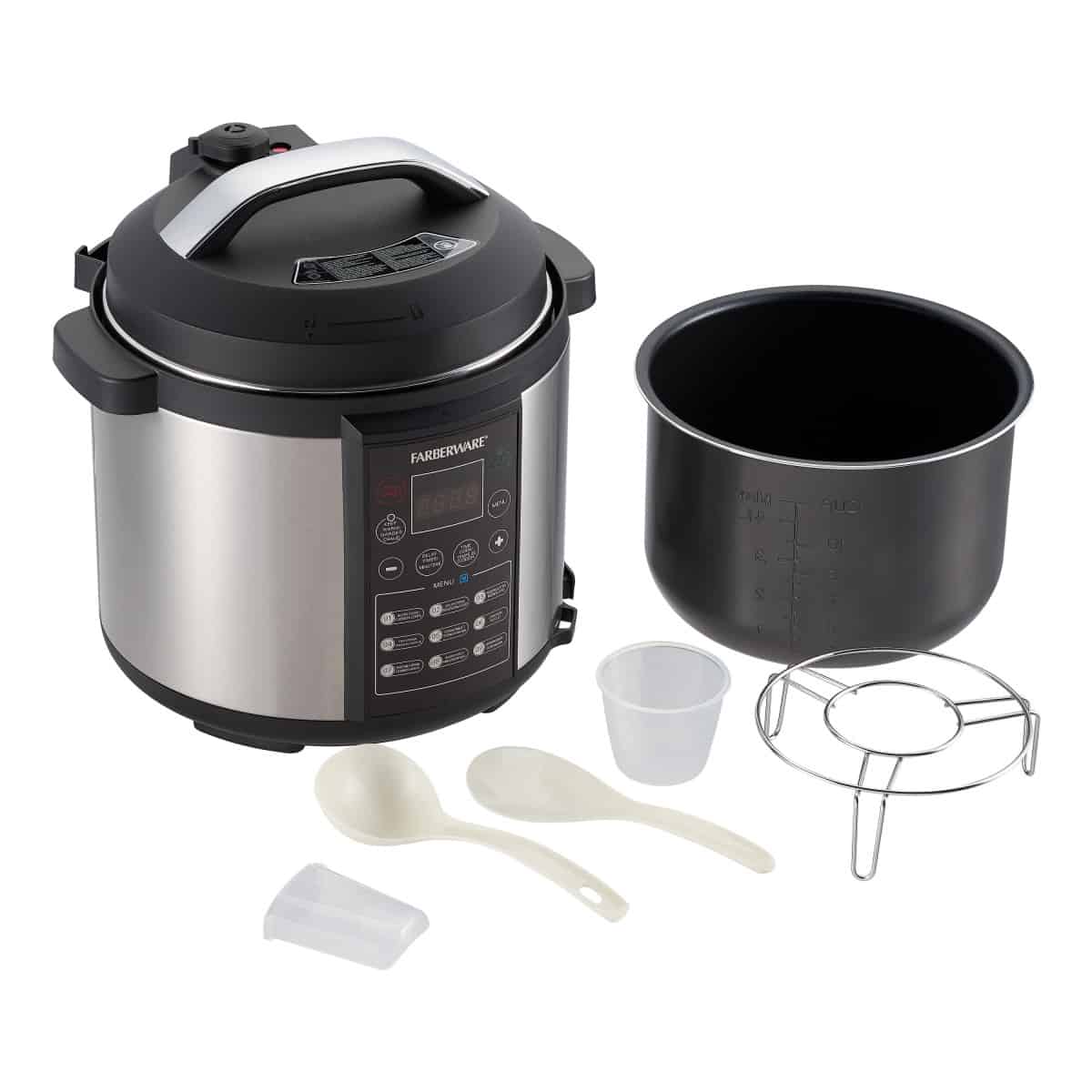 Making certain dishes can be achieved with the help of a few available modern appliances that help in cooking. These cookers reduced the time that is used in cooking while retaining the quality of the dish. However, there are still differences between the pressure cooker and the rice cooker.

The rice cooker comes with the ability to make rice and has a notification method to ensure that it does not get overcooked. On the other hand, the pressure cooker can cook more intense meals faster while retaining the nutritional contents.

What Differentiates a Pressure Cooker and a Rice Cooker?

To understand this, here is an explanation of how they work independently:

What is a Pressure Cooker?

A pressure cooker is a kitchen appliance that is designed to improve the pace at which slow-cook dishes get prepared. It is approximated to reduce the time used in cooking by as much as fifty percent while retaining the food’s nutritional value. Making use of the pressure cooker is a faster and yet healthy way of making meals. 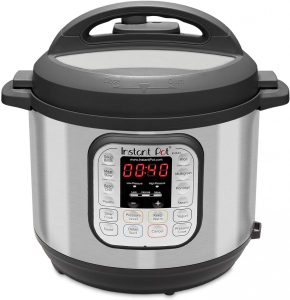 What is a Rice Cooker?

Rice cookers make use of water to prepare a rice dish. The water is usually ratioed by the amount of rice that is to be ready. It works by absorbing the water, and then the temperature begins to rise considerably.  Once the water has been successfully absorbed, then the rice is getting cooked. At a certain set point, the cooker gets triggered to either turn off the heat or simply reduce the heat. This is an indication that the rice is done and fully prepared.

The rice cooker comes with an external heating source, either a heating pad or a coil. The cooker uses a top lid and extra parts, the tofu maker, or a steaming basket that would help make the rice. At the end of the process, all of the liquid placed in the rice cooker is fully absorbed. 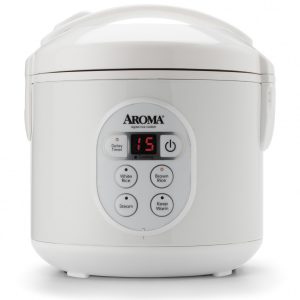 What Makes Either of the Cooker Distinct?

The pressure cooker is more effective on dishes that would typically take a long time to prepare. This reduces the cooking time by a considerable amount of time, and while it helps retain the nutritional value of the food being prepared.

Rice cookers are essential to making rice, and it is specially made to work on different types of rice efficiently. This is irrespective of the fact that they both make use of steam to cooking the dishes.

Pressure cookers are more budget effective because after buying a rice cooker, you would still need to purchase a pressure cooker to cook more intense meals. However, the rice cooker is the most effective option for making any type of rice.

For areas with cooler temperatures, the pressure cooker seems more practical. It rises above the regular boiling power that would be found in a regular cooker and even the rice cooker. In a colder environment, the rice cooker would be really slow compared to the other.

Tips on Using a Pressure Cooker

Pressure cookers are essential kitchen appliances, but they have to be treated with caution to achieve the right results. In this section are tips that would help in maximizing the use of a pressure cooker without running into problems.

Appliances always come with instructions, and so does the modern pressure cooker.  They usually come with a set of instructions specific to the brand you have purchased. The heat that comes from the steam it produces could quickly scold if not correctly handled. So, when you follow through with the instructions, it is easier to avoid such problems.

Pay attention to your kit

It is vital that you always keep your pressure cooker clean and looking good at all times. However, when some parts get spoiled, then they would need to be replaced. These replacement parts would not be readily available from a random supplier, but some come with kits.

For example, you may be required to change out the rubber gaskets for a better seal. In your kit, it could be inside and then used in getting your pressure cooker functional again. However, keeping the pressure cooker in good condition ensures that the valves do not have any dirt.

Pressure cookers work with steam, and steam comes from the presence of liquid. What this means is that without liquid, you would be unable to properly cook your food. There must always be liquid present in your pressure cooker that would be sufficient to make the food to be cooked.

You would know the minimum amount of liquid from the instructions that are to be in your pressure cooker. Some of the options may state how they should be measured based on the food to be cooked in the cooker.

Almost all the pressure cookers come with a marking to show the minimum and maximum level of filling required. You must pay attention to these maximum and minimum markings before you start cooking. As a general rule of thumb, pressure cookers should not go more than two-thirds of the capacity.

When there are liquids contained in the pressure cooker, avoid going beyond the half level. An overfilled pressure cooker would cause the liquid to be ejected from the pressure release valve, which would end up being messy. If this happens, it is important that you take the cooker apart and then clean through the parts thoroughly.

In all, ensure that you leave enough room for the steam to build up in the pressure cooker and help in the cooking process.

Heat is essential to aid the speed at which your pressure cooker makes the food. For you to achieve this, always turn up the knob to full power before the process starts. If you take your time before heating foods, they could be overcooked, and the timings suggested would become incorrect.

Most recipes would suggest that you start making the food once the pressure has reached the right stage. Once you have achieved this level, it is important to bring the temperature to a minimum temperature while bringing the pressure to a stable position. Most pressure cookers usually have a simple indicator, and with the help of your instructions, it would show you how to get through this process.

There are several ways to release the pressure from your pressure cooker after the food is ready. They include:

Note, the initial option is suitable when you are dealing with dishes like the casserole, which requires a long cooking time. A dish that cooks with less time may get overcooked when it has to wait before being taken out of the pressure cooker. However, the last two options are convenient if you want to save yourself some time before moving on with other things.

Furthermore, you should never force the lids open as some modern versions of pressure cookers have a feature that prevents such move. If you end up tampering with this feature, then it could lead to burning your skin or destroying the pressure cooker itself.

This tip also covers the kitchen as someplace may have gotten dirty as a result of making the dish. So, ensure you clean out the other kitchenware and any place that may have been messed up while making the food.

Once the pressure cooker is dry, then place it in a safe place for your next use.

What to consider when using the rice cooker?

Cooking rice with a rice cooker requires a process to achieve and so you need to know everything about that. In this section are several of the steps to achieving well-prepared rice using the rice cooker. 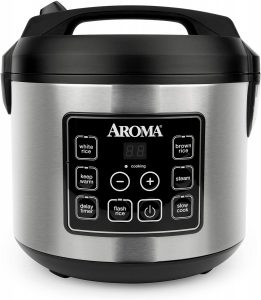 Here are steps to using the rice cooker:

Whatever type of rice you have available, measure the content you need to have cooked.

2.Wash out the rice

This step is not compulsory, but it surely gives you a more distinct grain and fluffier rice. If you are not in need of this, then you can easily skip the process. After doing this then you can place the rice into the cooker.

3.Pour water into the cooker

The amount of water used in cooking the rice depends on the rice and the type. Some would take lesser to be prepared, while others require more. Yet, ensure that you make use of the same amount of water that you would use when cooking with regular stoves.

4.Turn the cooker on

At this step, you are to set the rice cooker to either cook or boil, depending on how it is described. But ensure that you read the instruction manual for this step.

5.Allow it to cook

Once the heat has been set, you would need to let the rice cook for a specified time. However, depending on the type of rice, it should be allowed to cook.

6.Watch and Listen for the signal

On rice has been cooked, the signal would sound, and the temperature would switch to warm.

7.Take off the lid and check

After the signal, then take out the rice cooker’s cover to confirm if the rice is ready. After now then you can serve the rice for eating.

The Pressure cooker and the rice cooker both require the presence of liquid to produce steam. The steam is what does the cooking process, and more on that has been highlighted in this post.