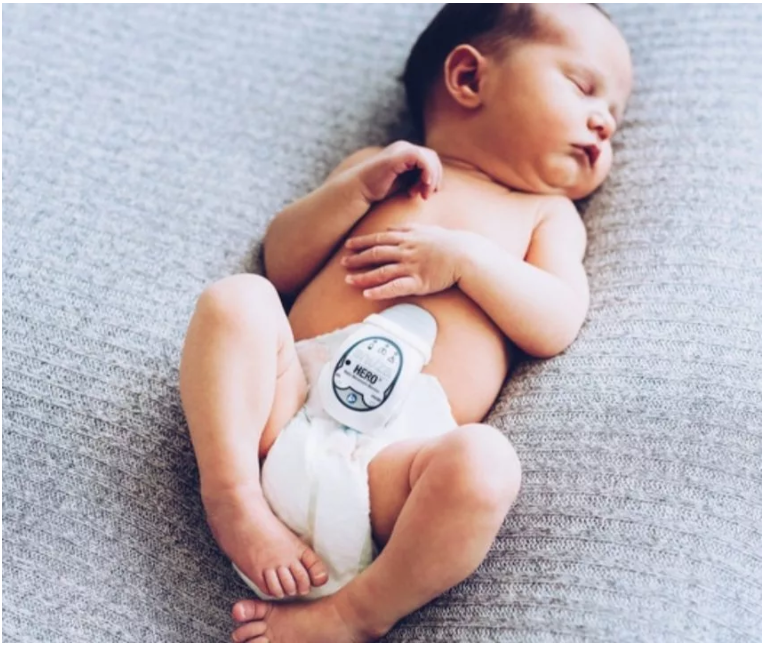 It’s completely normal for a parent to wake up in the middle of the night to check on their child, no matter what age. This is more so when you’re a new parent. You may feel compelled to check to ensure they’re still breathing.

Rather than getting out of bed every 15-minutes, you could invest in a baby monitor, but not just any baby monitor. Traditional monitors only transmit sound from your baby. You could opt for a video monitor, but unless it’s right next to them, you won’t know if they’re breathing. We’re talking about the Snuza Go and Snuza Hero.

The Snuza Go and Snuza Hero are two of the best smart baby monitors on the market. They are largely preferred by parents everywhere. We have chosen the Snuza Hero over the Snuza Go because the MD version has the additional medical certification and it attempts to wake your child before you even get there.

When it comes to the Snuza Go vs Snuza Hero, they are about 90% similar. They are both solid options, compact, completely wireless, and unisex. They are both programmed to understand that less than eight movements per minute isn’t normal. One of the main differences is that the Snuza Go doesn’t vibrate to alert your baby when abnormal breathing is detected. It only sounds an alarm whereas the Snuza Hero will vibrate to stimulate the baby and if it doesn’t work, it will sound the alarms.

Deter SIDS With The Snuza

Sudden infant death syndrome is the unexplained death of a seemingly healthy child under one year of age, generally while sleeping. It can also be called crib death because the babies often pass away in their cribs. Since the Snuza detects breathing movements, this could help deter SIDS. This is in no way a cure for SIDS, it’s just a general suggestion for possible prevention.

Most causes of SIDS are unknown, but some researchers say that a portion of the baby’s brain that controls breathing and arousal from sleep may be defective. There also some other physical factors that may contribute to SIDS such as:

The sleeping environment in which your baby is can contribute to the increased risk of SIDS. Some of these environments include:

Sudden infant death syndrome can happen at any time, but there are additional factors that researchers have found that may increase their risk. These include:

How Do They Work?

The Snuza Hero and the Snuza Go both works by vibrating to rouse your child. They are clipped to the nappy and they will monitor abdominal movements. If your child’s stomach stops moving for 15 seconds, the device will vibrate. If they still don’t move after 5 seconds, the device will sound a very loud alarm. This gives caregivers time to wake their child after just 20 seconds.

The main difference between the Snuza Go and Snuza Her is that the Snuza Hero will detect just abdominal movement whereas the Snuza Go detects actual breathing, even the smallest ones.

There are several notable features that come with both devices. Most of them are the same, but there is one main difference between the two.

The Snuza Go monitors your child’s abdominal movements. If there isn’t movement detected at 15, 18, or 20 seconds, there are three alarms you can choose from that will activate. There are also soft beeps that alert you if your child’s movements aren’t what they usually are. Additionally, there are red, green, and orange indicator lights that coincide with their movements. This device is suitable for newborns. It’s best for parents and children who are always on the go. It has a small, portable design that makes it ideal for those who are worried about SIDS.

It has a protective case and can be used in the car, crib, or bassinet.

The Snuza Hero SE gets clipped onto the nappy that the child is on. There is a rubber section that is in direct contact with the baby to sense movements in their abdomen. If the baby doesn’t breathe normally within 15 seconds, it will vibrate. If it continues and reaches 20 seconds, there will be three vibration attempts and then there will be an audible alarm to wake you.

You can choose from three different volume ranges which are low, high, and medium. It does have a beep limit, so a breathing monitor may be needed if you aren’t sleeping in the same room. You can also set the device to emit a green light that flashes with each breath. You can also set it to tick. This is one of the smartest monitors that detect missed or shallow heart rates. Additionally, there’s a blinking mode. You can visually see a blinking green light through your baby’s pajamas. Before each use, you must also calibrate it to ensure that it’s functioning properly.

There are actually two versions of the Snuza Hero, one is the Hero SE and the other is the Hero MD. The SE only tracks abdominal movements while the MD tracks their actual breathing and has a medical certification with it.

The Snuza Hero is the world’s only baby breathing monitor that’s also certified as a medical device. This device has been thoroughly tested and proven without a doubt to detect when the infant stops breathing. Parents of premature babies tend to lean towards the Hero MD because of its additional medical certification.

The Better Of The Two

In all honesty, as a parent, I would have to say with confidence that the Snuza Hero MD is the way to go. It’s certified as a medical device and is best suited for premature infants or infants with breathing issues.

I like the fact that the device will attempt to arouse the child before sounding the alarm. Sure, the Snuza Go may alert you at 15, 18, or 20 seconds, but if you don’t hear the alarm the first or second time, you’re still at the 20-second mark. The Hero at least tries to get your child to move before you get there.

Both devices have their strong suits, but I really like that the Snuza Hero MD can track actual breathing and not abdominal movements. If you don’t need the additional features that the MD offers, the Hero SE is still an optimal choice.  As I mentioned above, this is in no way a cure for SIDS, but it can help prevent it. You may be interested in our guide on when to stop using a baby monitor.