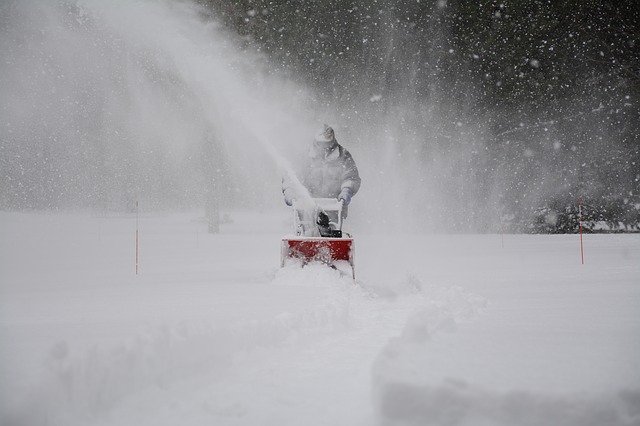 Oftentimes, for small paths and light snowfall, a single-stage snow blower is sufficient. However, when you have a large driveway and numerous walkways or experience heavy snowfall in your area, you need something a little more powerful. Multi-stage snow blowers are excellent machines to have, as they can help you stay on top of moderate to severe snow removal.

The main difference between two stage and three stage snow blowers is that three stage models have extra parts and often larger engines. They also have more ice breaking power due to the additional auger. However, in terms of moving snow, both models are relatively equal.

Not sure whether you should opt for a two-stage or a three-stage snow blower? We’re here to help. We’ve outlined the differences between the two options to help you determine which model is best suited for your needs.

Overall, the most substantial differences between two stage and three stage snow blowers is the additional parts (belts, cutting augers, and impellers) that three stage models have. They also typically have larger engines, throw snow further, and may be outfitting with larger tires than their two stage counterparts.

While these differences may seem relatively minor, even the smallest differences can make a major impact on how helpful a particular model is for your unique needs. When it comes to performance, the most significant difference between two stage and three stage snow blowers is that three stage models have an additional auger for cutting through ice and frozen snow.

As far as moving snow goes, both two stage and three stage snow blowers are relatively comparable. They can both scoop and distribute a lot of snow – some up to 50 feet away in most cases. Though, with this in mind, two stage units have shovels and intakes that are slightly smaller in size than most three stage models.

What is a Two Stage Snow Blower?

Two stage snow blowers get their name because their snow removal operation is performed in two stages – using a serrated auger and an impeller. The first stage involves the collecting and breaking down of snow and ice into smaller bits before they are distributed to an impeller. Then, stage two takes place when that snow and ice is thrown out of the discharge chute, with distances reaching as far as 50 feet.

These snow blowers can easily be controlled with one hand and the discharge chute can be rotated while the machine is in operation, saving you the time required to stop and constantly make adjustments. Not to mention, most two stage snow blowers are outfitted with a self-propelling feature that lets it maneuver automatically around steep pathways with the assistance of wheels or tracks.

While three stage snow blowers are specifically engineered for professional applications and are pretty limited in terms of models to choose from, two stage blowers have a much wider variety of options for both residential and commercial use. The large selection of options allows you to narrow down your price range based on how much snowfall you get in your area.

Most of these units can discharge snow between 30 and 50 feet away, which makes them versatile to your needs and the size of your property. Two stage snow blowers are a popular choice for gravel driveways and other uneven terrain, as the auger is slightly raised off of the ground.

Some models come with power assist for the tires to allow better control over the difference in terrain and snow. Whereas, X-track wheels and treads may be chosen to help aid traction. With so many options to choose from, there is something for everyone – regardless of budget.

Although most two stage snow blowers have very powerful engines, they are limited in their capacity because of their size and design. This means that if the model was built larger, they would be able to handle heavier work.

Another major drawback with two stage blowers has to do with the placement of the auger. While it may allow you to maneuver over rugged terrain and gravel without damage, it will leave behind a layer of snow in its path. So, if you’re looking for a blower that gives you a clean surface after each pass, this model is not the best choice. You’ll have to follow up with a shovel to clear out the lingering snow. 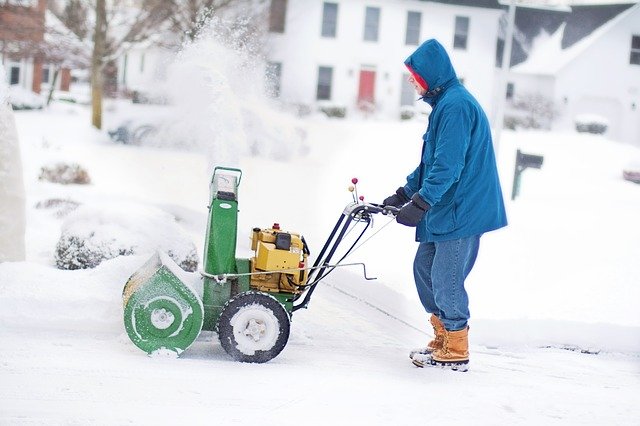 What is a Three Stage Snow Blower?

This high-velocity additional auger quickly churns up and reduced ice and snow to tiny bits, while providing more air and making it easier to throw farther. It also allows these machines to navigate better through heavy, icy, and wet conditions. For this reason, three stage snow blowers typically have larger engines and larger housing bodies to accommodate the heavier work.

The major advantage to three stage snow blowers is its ability to throw snow 50 feet or more, which is especially benefical for those with large driveways or a lot of snowfall. With these models, you can get the job done in half the time you would with the alternative. The combination of the auger drive system and the accelerator makes three stage snow blowers exceptionally powerful, which moves the unit forward with ease and makes your job easier.

With a larger housing, these machines can remove deep snow piles, icy buildups, or drifts in one pass, rather than multiple. Since snow and ice moves more easily through the machine, this leaves less behind on the internal components and reduces overall maintenance.

Although both two stage and three stage snow blowers have 4-cycle, gas powered engines, three stage models have a more complex design. As such, any maintenance and repairs should be performed by a professional.

While these machines are typically pretty easy to control, their balance sometimes causes them to ride up onto the snow. This will require you to use both your weight and your energy to push it back down and keep it cutting into the snow.

Unlike two stage snow blowers, three stage models are almost always used for professional applications. For this reason, there are fewer options available, in general, and especially for residential purposes. Not to mention, since they are mostly intended for commercial use, they tend to be significantly more expensive than dual stage designs.

Which is Right for You?

When you’re deciding between a two stage and three stage snow blower, you should do sufficient research to determine which is best for your specific situation. Three stage models are almost entirely constructed for major snow removal and, as such, are very common with commercial businesses.

Whereas, two-stage designs offer more options to choose from, including many compact models as well as professional choices – appealing to a wider audience that wants to remove their snow problem quicker and more efficiently.